Yesterday, I saw memory pop up on my Facebook page for THE AVERY’S OF WILLOW CREEK. November 12th, 2014 was the date this boxset hit the USA TODAY list. I’m still in awe three years later. I would have never bit that list without readers buying the book so–I’m giving back! To celebrate, this week, I’ve set the price of the boxset to .99¢ over on Amazon.com! If you haven’t picked up your copy, hurry and do so now. The price goes back up to $6.99 at the end of the week.

The Averys of Willow Creek
by Lily Graison

Part of the Willow Creek Series

Travel back to the 1800′s and tangle with ornery town marshals, Indians and schoolmarms who are anything but docile. Willow Creek may be a sleepy little frontier town but the characters who live there are as untamed as the land itself!

BOOKS INCLUDED IN THIS BOXSET

The Lawman
by Lily Graison

Book 1 in the Willow Creek Series

Abigail Thornton doesn’t think things can get any worse. That is until a single slap to a man’s face starts a barroom brawl that lands her in the last place she expected to be.

The Outlaw
by Lily Graison

Book 2 in the Willow Creek Series

Sarah Hartford always dreamed of a grand adventure. She just never expected to find it in the arms of an outlaw.

When her father’s bank is robbed, Sarah doesn’t make the gunslingers’ escape easy. Putting her own safety behind those she hopes to protect backfires when she’s kidnapped by one of the escaping men. Now her only hope for survival lies with the same arrogant man who laughed at her while staring down the barrel of her gun.

Colton Avery spent months planning the perfect heist, every detail fine tuned and executed with precise timing. Nothing could go wrong. That is until he comes face to face with a determined woman holding a shotgun. She aimed at his head and never flinched when she took a shot at him. He wanted her the moment the smoke cleared and he saw her face.

Robbing the bank, and handing over the gang of notorious outlaws to US Marshals, would be routine and boring. Sarah Hartford made it anything but. Taming the woman who stole his heart the instant he saw her was a challenge he was more than willing to take on. All he has to do now is escape the gang of outlaws he just double-crossed, hideout from an Indian raiding party and elude the town marshal who just happens to be his little hellion’s new fiancé. 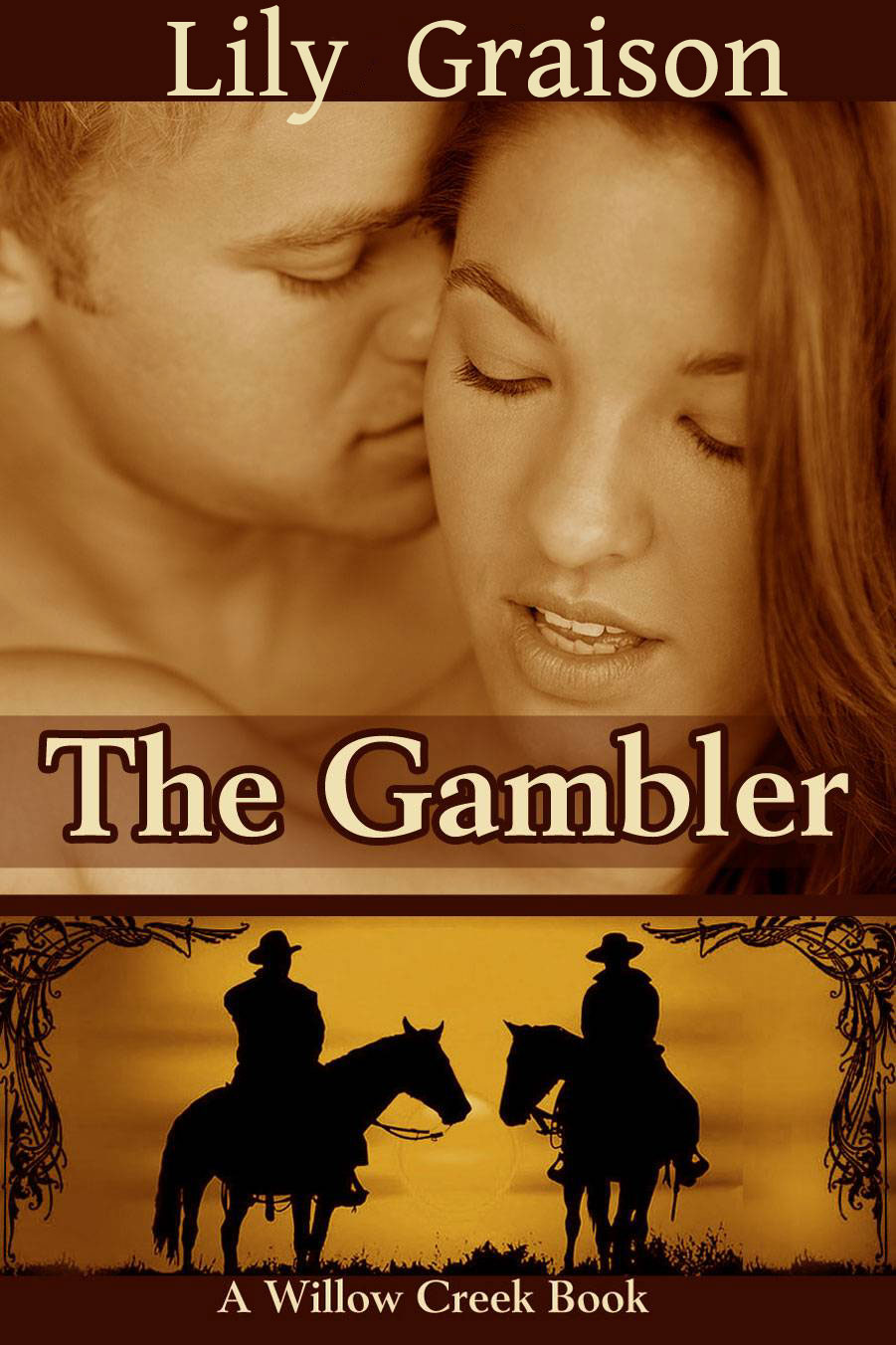 The Gambler
by Lily Graison

Book 3 in the Willow Creek Series

Emmaline Hunt only had one thing she could call her own. A piece of land that held a secret not even her drunken stepfather knew about. When he gambles it away in a high stakes poker game, Emmaline does the only thing she can. She tries to steal the land deed back.

Tristan Avery has seen his share of bloodshed while sitting at a gaming table and knows its time to lay low when he wins a wad of cash and a piece of land. Especially after his opponent ends up dead at his feet. High tailing it out of town is his only option but things take a drastic turn when he finds a woman in his hotel room trying to rob him blind.

The botched robbery attempt is only the start of his troubles when Tristan finds his new land occupied by the same girl who tried to rob him. When he realizes he’s left her homeless, and killed her stepfather, his conscience forces him to do the right thing. Taking her to his hometown and setting her up with a new life will make up for all he’s taken from her.

But Emmaline has other plans. She wants her land, and Tristan’s money, and she’ll do whatever it takes to get them. All she has to do is convince him she’s there to stay, outwit him, find a way back home and not let a single soul know she has a gold mine bursting at the seems with untapped wealth.

The Rancher
by Lily Graison

Book 4 in the Willow Creek Series