Is This Photographic Proof Of Ghosts? 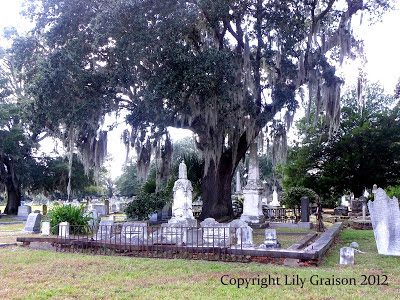 While on vacation last week, the Hubby and I spent an evening at Magnolia Cemetery. Yes, I know that’s not the most romantic date night but I like cemeteries. The older the better. As much as I like to walk around the monuments and read the names of those chiseled in stone, I like to photo them even more.
I did that very thing at Magnolia Cemetery in Charleston SC in October 2012 and two of the photographs revealed some very interesting…forms.
My Hubby is an avid ‘ghost hunter’. Me? Not so much. Things that go bump in the night scare me. If it had been dark in the cemeteries we’d visited, I would have been hanging onto the Hubby’s arm like a scared little girl. He lives for this kind of stuff. Of course, I’d like to see how he’d react if one day a ghost did make it’s presence known to him. We’d see who the scardy-cat was then!
I took nearly 200 photos at Magnolia Cemetery. There’s just something about the grounds there that seem a bit mystical to me. I’m not sure if it’s the Live Oaks draped in Spanish moss that gives it that feel or if  it’s just the place itself. Whatever it is, this cemetery should be on everything ‘To Do’ list if you ever find yourself in Charleston. 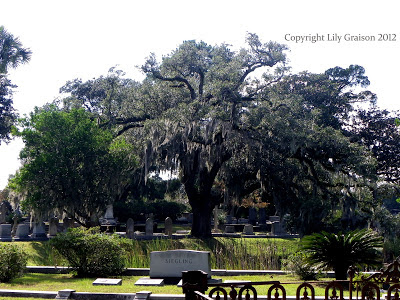 Unlike most modern day cemeteries, Magnolia is home to some very old resting places. Family crypts in various shapes and forms. 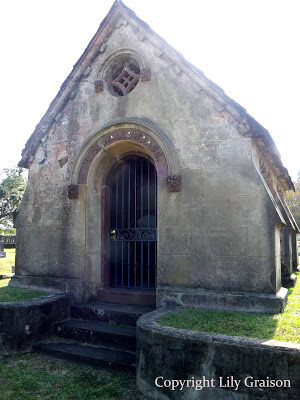 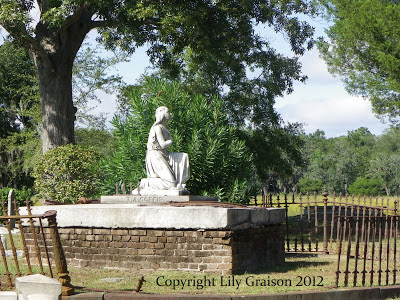 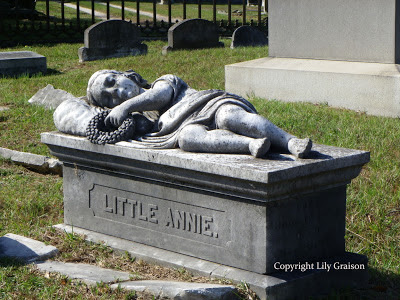 Unusual headstones and statues are crammed into every available space 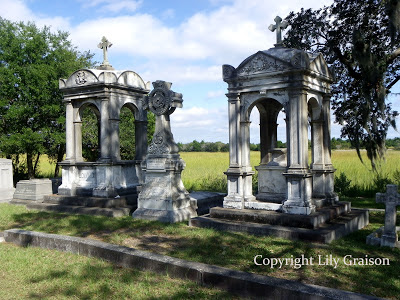 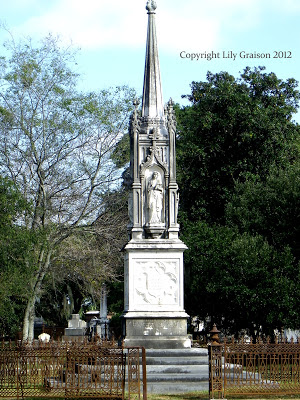 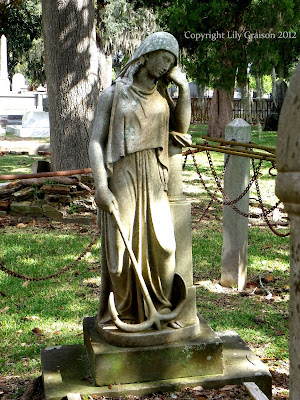 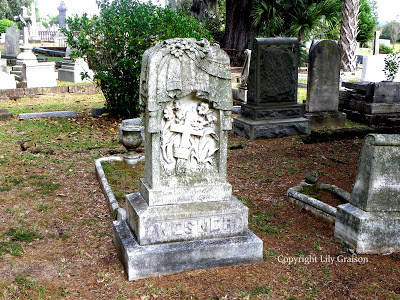 And the average, modern looking stones. 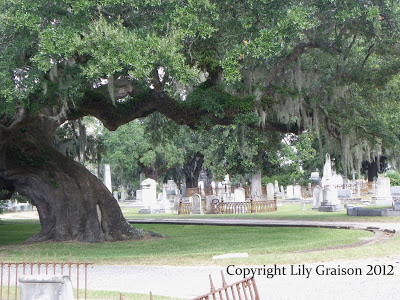 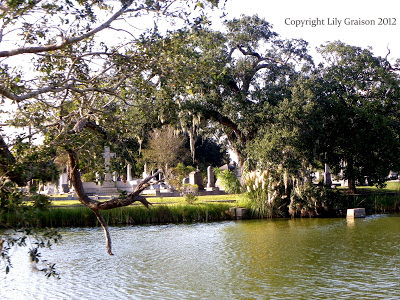 For all the errie beauty nothing compares to seeing something in a photograph that just wasn’t there when you snapped the picutre. I found two such things when I reviewed the photographs once I got home.
The next set of photos look identical, but they’re not. The second photograph has been zoomed in just a bit, not to mention, what I caught is completely different than the first images.
Here’s the original of the first photograph. (You’re welcome to copy this and enlarge it yourself to see what has me baffled but please do not remove my copyright or distribute the photograph without my consent.) 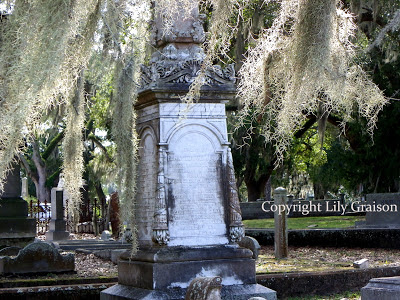 And here’s the enlarged (zoomed in) area of what I found so interesting. (This can be found just above the copyright on the original photograph) 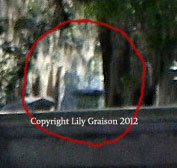 I’ll not tell you what I see as that seems to distort your perception a bit. I’ll just let you tell me what you see and I’ll chime in later. Once you’ve had your fill of photo one, take a look at number two. Remember, the original photos look the same but one is a zoomed in look at the area. 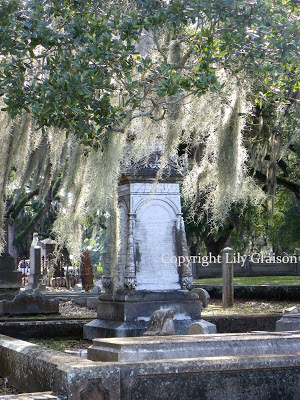 And now for a close up look at what I found so interesting. (This can be found just above the copyright on the original photograph)

The second photograph (to me) is more clear. Everyone who has seen it sees exactly the same thing I do. Again, I won’t say what it is I see. I’ll let you tell me first. Also, as above, you’re welcome to copy the photograph and enlarge it yourself to see more clearly but please do not remove my copyright or distribute the photograph without my consent.
So did I catch photographic proof of ghosts? Ehh…who can say. I’m sure the skeptics could explain it all away as light and shadows but for those who actively search for these sort of things, the imagination will fill in any missing blanks so you’re sure to see something.

For me? I’m not sure if I believe in ‘ghosts’ but I do think there are things in this world that can’t be explained and what I see on these photographs is one of those very things. I can’t explain them. The shapes don’t look solid enough for me to think they’re real people. Besides the fact no one else was in this side of the cemetery when we were also factors in. Not to mention, there was a funeral taking place on the other side of the pond. Are the figures in these photos long-lost family members waiting for their loved one?

Regardless of what is actually there, my trip to Magnolia Cemetery won’t be forgotten. The eerie beauty found there isn’t something one forgets. When you factor in possible specters? It’s a memory to last a lifetime! 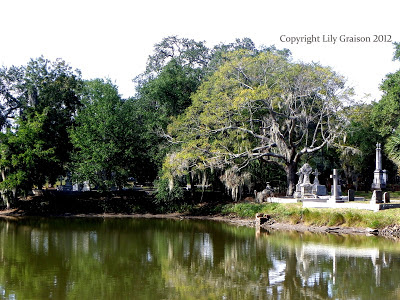 Magnolia Cemetery was founded in 1849 on the banks of the Cooper River and is on the National Register of Historic Places. It’s the final resting place of many southern governs as well as hundreds of confederate soldiers and five civil war generals.
The Cemetery is located at ….70 Cunnington AVE,  Charleston, SC 29405
All material &copy2005-2012 to Lily Graison
Bookmark the permalink.

2 Responses to Is This Photographic Proof Of Ghosts?