Have you read Angel yet? It’s book 2 in a brand new, multi-author, Christmas Brides Series. 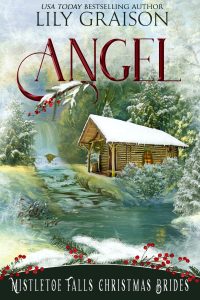 Fleeing an overbearing uncle who promised her hand to a man old enough to be her grandfather, Angel Bishop left Savannah and headed west with her sisters as a mail-order bride and didn’t look back. When she arrived in the town of Angel Creek where her groom is supposed to meet her, she’s surprised to find another man has come to collect her, a man so handsome she can’t get him out of her mind.
Garrett Carter didn’t have a problem doing anyone a favor but when sheriff Harold Tate asked him to pick up his bride and bring her to town, he should have refused. He’d never believed in love at first sight but one look at Angel Bishop and he was smitten. With Harold out of town, Angel depends on him for nearly everything and as Christmas draws near, he’s not sure how he’ll ever let her go. Did those shy looks she gave him mean she felt the same? And if so…what would the townsfolk think if he stole another man’s bride?
https://amzn.to/3VLBrro
Bookmark the permalink.