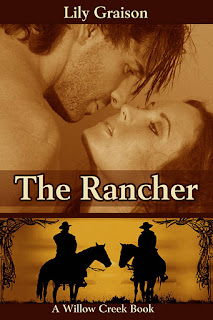 I’ve had a steady stream of emails and messages from people asking about THE RANCHER so I thought I’d make a small post to keep everyone updated.
When I set this series up, I had planned on releasing the stories one every other month and it worked perfectly doing it that way until I hit book 4, which I had stated would be released on July 2nd. That was yesterday and still, no book.
Most of you already know I’m a ‘pantster’, meaning…I write by the seat of my pants. I don’t ‘plan’ my books out in advance. Well, not much planning, anyway. I never have.
I have this weird way of doing things. For some reason, if I ‘know’ how a book plays out from beginning to end, the muse doesn’t see the need to write it because…well, we know how it ends. Why bother?
From the time I started writing way back in 2002, all I’ve ever done was ‘get an idea’, a small seed of a plot and it takes me less than a few days to know ‘where’ I want to go with the story. A few major scenes to include and I then come up with a title. With no more than those few pieces of information, I can then sit down and write. And most of the time, I don’t have any problems.
Not the case with THE RANCHER. Without giving too much away, a key character didn’t ‘work’ the way I thought he would so I had to stop and re-think the direction of the story only, nothing I came up with seemed to work out right. I still had more questions than answers. I spent hours brainstorming with fellow friend and author Candy Nicks and still nothing.
I sat at my desk every day, staring at the story, reading it and re-reading it, trying to ‘see’ what the problem was and how I could fix it. Then, I caught some nasty flu-type bug from my daddy and spent a week in bed waiting to die. I felt ‘that’ bad. hehe
It wasn’t until two weeks later that, still unable to come up with a solution, I sulked away, mad as a hornet and jumped in the swimming pool, ignoring the problem all together, that I was able to come up with the solution. My sister is actually the one who, nonchalantly suggested one tiny piece of information and presto! All the pieces fell into place.
I’ve been writing for the past several days and its working. My ‘problem character’ is now on scene and so far so good. The only problem I have now is it’s near 100 degrees outside everyday I have a pool outside and the temptation is SOOO great! I’ve had to rework my schedule to indulge. Play all day, write all night. It’s working and the story is moving along.
As far as a release date…I still have about 15,000 words to write. Hopefully less than that but as I don’t plan a story out, I really never know. I’m shooting for 40,000 but it’ll probably run to 45,000, at least. Then the story has to go through the editing process which will take about 2 weeks of non-stop work so the RELEASE DATE will be closer to the ‘END’ of July. What date? I have no idea. When will I know? When the story is finished and I can talk to my team to see how busy they are. Once I know all that information, I can tell you ‘exactly’ when the book will be ready.
I’m heading on vacation July 28th and I’ll be gone for an entire week with NO internet service so I imagine it will definitely be before that date as I don’t want to leave it sitting. I’m shooting for July 23rd but we’ll see.
Thank you all for waiting. I know how frustrating it is waiting on a book. I read every evening before bed and waiting on that ‘one special’ book is nail-biting so thank you for hanging in there with me. I’ll have the story out just as soon as I can.
All the best,
Lily
All material &copy2005-2012 to Lily Graison
Bookmark the permalink.

3 Responses to The Rancher Release Date