By Lily Graison | December 11, 2012 - |December 11, 2012 Books
Since Christmas is fast approaching I thought I’d give a few glimpses into the Holiday stories I wrote for Tuesday Teaser. This week I have That First Christmas. 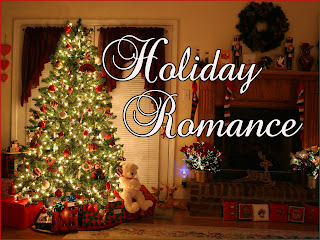 Travis heard the shower turn off and felt instantly nervous. It was silly really. He hadn’t been nervous around a woman in years. He certainly hadn’t went out of his way to impress one either, but here he was, standing in his living room staring at the first Christmas tree he’d ever bothered to cut. It was a great tree, though. He’d found it on the ridge, sitting off to itself. It wasn’t overly large but neither was his cabin. Anything bigger and they wouldn’t have managed with the thing in the room.
He looked to the bathroom and turned, shrugging off his coat and hanging it on the peg by the door when he heard her humming behind the closed door. It opened a second later and he could only stare when she walked out.
Her hair was pulled up high on her head, held in place by what looked to be pencils. A few tendrils dangled down her back and rested on the only thing she wore. A very short towel. It was barely decent. Water glistened on her ivory skin and all the blood in his body rushed south when she walked to the bed, turned her back to him and dropped the towel. Her perfect heart shaped bottom met his gaze and he must have made a sound because she turned suddenly, flashing him a quick peek at pert breasts, and lower things, before she gasped, grabbed the dropped towel from the floor, and quickly covered herself. 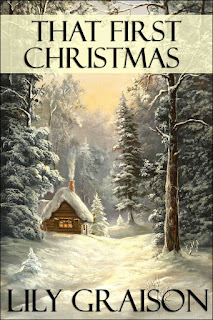 Meredith Gunter has always been Daddy’s little girl. Spoiled all her life, she’s never had to ask for anything and expects to get exactly what she wants. When she wrecks her car on the way home from college for Christmas break, she finds herself stranded on the mountain in the middle of a snowstorm, in a one-room cabin with a man she can’t help but want.

Travis Gregory has lived alone on the mountain for the last four years. He has little contact with the outside world and prefers it that way. When he spots a girl on the side of the road, his conscience won’t let him abandon her. The redhead captivates him instantly.

Worlds collide when Travis and Meredith try to co-exist in his one room cabin. Can they fight their growing attraction when the nights get longer and the storm isolates them from the rest of the world? Can two people, from such different worlds, ever truly be happy together?