A Soft Kiss in Winter is Now Availabe At All eBook Retailers!

One of the requirements for putting a book into Amazon’s Kindle Unlimited program is it has to stay for  90 days. Once its up, you can pull it out but….you have to remember to ‘un-tick’ the box saying ‘stay in Kindle Unlimited’ or…it rolls over and it stuck for another 90 days. You have no idea how many times I kept forgetting to do that! The book is now wide for those of you who were waiting for it to come out. The buy links are below. 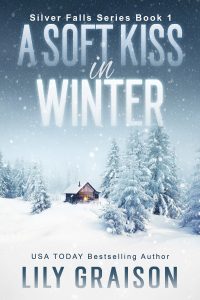 Gideon Hart has spent the last six years roaming the mountain after tragedy changed his life forever. Since then, he’s never encountered another living soul other than his brother—until now. The scream he hears echoing through the trees brings back memories he’s been trying to forget. When he finds a woman being attacked, he does what he has to in order to ensure her safety. Getting her to town should be his only concern but the trek across the mountain with Victoria causes his world to shift and for feelings, he’s denied himself for too long to surface. He doesn’t deserve to be loved. With a past like his, no one would love him once they found out what he’d done. Getting Victoria to Silver Falls is the only way to save them both but as the nights grow longer and winter settles in over the mountain, one soft kiss may change both their lives.