When I received my first publishing contract from Linden Bay Romance, back in 2005, for a little novella titled, A Touch of Heaven, I never took the time to imagine where I’d be in the future. Like most new authors, I had no idea what I was doing and spent the first year of my publishing venture in a daze. I spent countless hours ‘studying’ the art of promotion and failed miserable most of the time.

I didn’t even have a glimmer of what my future would hold the following year when I sold a short story to Whiskey Creek Press. I still didn’t have a clue how to promote my books and even less of a clue how to meet other readers. I did meet some great authors though, and most of those friendships are still strong today.

It wasn’t until two years later when I heard my writer friends were going to test the waters of self publishing that I sat back and tried to see my future.

My time with those first two publishers was standard fare. Nothing extraordinary happened, for good or bad, but I wasn’t 100% happy. I’ll be the first to admit I’m a control freak and not having the ability to do things my way was what drew me to Alinar Publishing, a co-op publisher my writer friends were creating. The idea that I could have full control over my stories, from concept to cover art to editing was very appealing to me and so, I took the plunge and joined Alinar with hopes of great things to come.

And great things did happen. 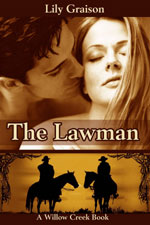 I was able to write and publish the stories I wanted to tell and present them the way I felt they needed to be presented and I have to say, I’ve not regretted a moment of it. I’ve held the #1 best sellers ‘site-wide’ position at Fictionwise.Com and was finally toppled by the great Stephen King. I currently have TWO titles on the Best Selling Western Romance chart at Amazon.Com, one of which has been at #2 for two weeks now. I’ve told the stories I want to tell and I’ve met some fantastic readers along the way.

But all things come to an end and today, the announcement was made that Alinar Publishing would be closing. When the site first opened, it was a way to gain entry into online bookstores as then, 2006, an individual author couldn’t submit books for purchase alone. They had to be under a ‘publisher’ and Alinar made it possible for us to do that. Now, with the creation of B&N’s PubIt, Kindle Direct Publishing and Smashwords, anyone can publish…which makes Alinar a bit redundant. It isn’t needed now as I can publish at all major online retailers without any major roadblocks.

Come October, Alinar Publishing will cease operation and disappear from the web. I’ve met some truly gifted authors during my writing venture and the readers who introduced themselves to me have made it possible for me to continue doing what I love. Write stories others want to read.

I do hope everyone will continue on this journey with me and thank you for your many years of support and friendship. Without you, I would have never been able to make my ‘dreams’ a reality. I see nothing but great things for the future and I hope you’ll be there with me as the next stage of my writing evolution begins.

Find Lily around the web at the following locations.

One Response to Alinar Publishing is saying goodbye….