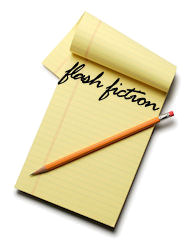 I’m going to try to keep this up weekly as well, so for today, I have an piece from one of my many WIP stories.

The Warlord by Lily Graison
(571 words – excerpt from WIP story, The Warlord)

Brielle knew her death would be swift as warriors ran like locust across the battlefield. They darkened the horizon, their battle cries roared in her ears and froze her body in fear. A month of training wasn’t enough regardless of what Dalek told her. Years of it wouldn’t have prepared her for this.

“Remember what I’ve taught you,” Dalek said. “The fear will only kill you faster. Keep your eye on the enemy and aim true. You’re a warrior now. Think like one.”

She looked to her left, glancing at him by her side.

“Stick by my side and run if you have to.”

She nodded her head and steadied her nerves. She could do this. She had to.

Stiffening her spine, she pushed her helmet up again. Her sword felt heavy suddenly, her body fatigued.

Inhaling deeply, she turned and faced the rushing army. How she’d survived this long was a miracle in itself. Weeks hiding amongst these warriors and she still stood. Her body ached, her mind numb in fear, yet every new battle was a test of her endurance. If her father could only see her now. Would he praise her for her resilience or curse her for her stupidity?

With a battle cry of her own, Brielle hefted the sword above her head, swinging it in a wide arch when she was rushed. She focused on her target, dodging his blows and wielding her own as she’d been taught.

She was half blind by the helmet she had stolen. The heavy piece constricted her line of sight and hindered more than it helped. She pushed it up with her shoulder, turned and deflected a blow swung at her back.

Time stood still, her actions one of practiced determination and just enough skill to have let her survive as long as she had. The men rushing down the hill overwhelmed them in minutes. The fallen men at her feet she knew were the lucky ones. They’d not have to suffer the way she would if she were found.

A roar loud enough to shake the ground caught everyone off guard and the battle slowed to a standstill. Brielle turned when the others did, peering behind them as the sound of clanking metal and harsh battle cries drifted across the valley.

Men numbering in the hundreds topped the hill. Brielle could only gape when they rushed the field, leaving nothing in their wake but turned earth behind them. Those around her ran, some to face the men coming toward them, others fleeing.

“Oh goddess, help us,” she whispered.

Dalek held his swords in front of him. Crouching low to the ground. She took a step behind him, mimicking his movement. When he straightened all of a sudden, and turned his head to look at her, she raised an eyebrow in question.

Brielle looked back up the rise. A lone warrior on a horse now sat there and she watched him in rapt fascination. His silhouette against the dying sun made him appear larger than life. He was broad shouldered, sitting tall upon his horse. His black armor held an unearthly gleam in the filtered light as he viewed the scene below. It only took her a breath to realize he was the man the others spoke of in hushed whispers.