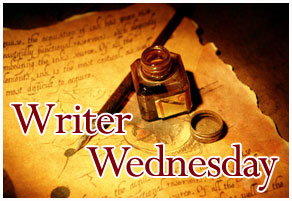 The past week has been filled with anxiety, even though my family crisis from last week was finally cleared enough I was able to get back to my story, The Gambler. Of course when I did sit down to write, the muse balked. I sat staring at the page for ages, knowing ‘something’ was wrong but just couldn’t put my finger on what. I was ready to trash it (all 10K of it) and start over. Which would have been like a knife to the gut. 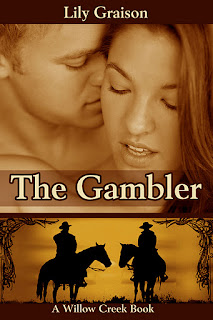 Whenever I run into story problems, I always run to my go-to girl, author Candy Nicks. She always sees what I don’t and after a day of just talking it out, I realized my hero and heroine were just too…nice. Squeaky clean, nice, and honestly, what’s so exciting about that?

Nothing, according to my muse so, I rewrote the story instead of trashing it, which took 3 days to do. Every scene had to be ‘fixed’, the character motivations tweaked and finally, I had a story that was much more exciting and my muse was dancing and asking for another shot of whiskey. I even manged to write the back cover blurb for the story, which I’ll be sharing in the coming weeks.

My deadline for this story was Jan. 31st. I didn’t make it. I’m only 20K in and the story will end up around 40,000. Not making my deadline isn’t a huge issue but it messes with my timetable a bit. It throws the edits for The Outlaw back by a week and I’d really not prefer to do that but see little choice at this point. I’ll just have to work harder to catch up but if I weren’t running around like a chicken with my head cut off, I’d think something was wrong.

I managed to write 50,000+ words for the month, which is a record for me. I put a lot of things on hold in order to get my daily words done. I shot for 3K a day and most days I hit it. Some, not so much but it all worked out in the end. I wrote every day but 7 (the weekends) so all in all, I’m quite proud of what I ‘did’ do.

Besides working on the new story, I managed to write an obscene amount of blog posts (11 to be exact) and I have to say, having those things written, and scheduled, in advance is such a life saver. I’m not sure why I didn’t always do them this way. Having them done in advance just frees up so much time for me. I can write/goof off until around 6 pm and spend my evening watching TV with the hubby while working on blog posts or marking off things on my To Do list, which seems to grow by the day. 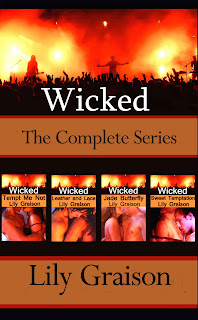 Speaking of the To Do list…I have a few print books on there, one of which is an Anthology of all 4 Wicked books. I’m hoping to release that come end of year. The book is formatted and a proof copy is in the mail. I still have to read it, front to back, and make sure everything came out all nice and pretty but I have loads of time for that yet. I’m not sure about you, but I can’t wait to get my hands on it. Its huge…nearly 400 pages and having all four of my guys in one books is just a little bit intoxicating. I have some book swag on order for the re-release as well so you Wicked fans out there…there’s goodies in your future!

Until next week,
Lily