By Lily Graison | July 10, 2013 - |July 10, 2013 Books
Finally, after two years, I have another Christmas story coming! This is a full-length novel and is part of my Willow Creek Series. It is a stand alone story but we’ll get a chance to see some of our favorite characters from the past five books. So, without further ado, here’s the shiny, brand new cover! I LOVE it. It may turn out  to be one of my favorites. 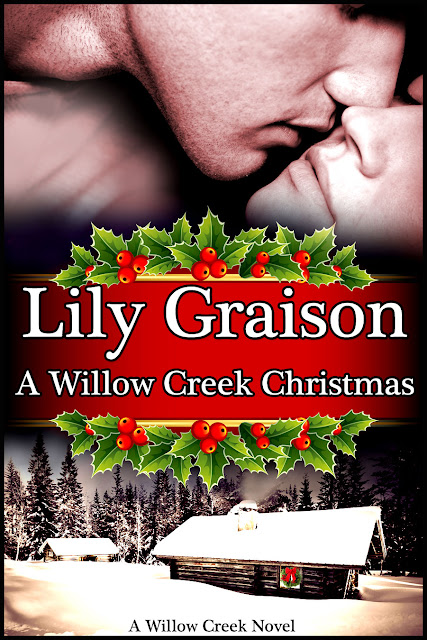 Widowed with two young children, Keri Hilam is desperate to escape her abusive brother in law, going so far as sneaking away in the dead of night in hopes of finding a better life. She never regrets leaving, not even when they find themselves stranded, starving, and alone. Fate brings them to Willow Creek, Montana, where they’re rescued by an unlikely hero, an ex-confederate soldier who seems more monster than man.
The war leaves Noah Lloyd scarred and bitter. When the girl he left behind broke his heart, he turned his back on the life he used to know, and sought refuge in a dusty little town that afforded him the solitude he wanted. Finding a woman and her kids hunkered down in an abandoned line shack in the middle of a blizzard is the last thing he needs. They’re ragged, half starved and vulnerable, and he’s determined to leave the trio in the care of the town marshal.
But the innocence of a child at Christmas breaks through Noah’s hard exterior and Keri’s tender care allows him to see that life may be worth living. All he has to do is let go of his past and let this unlikely family love him.
Releasing November 25th, 2013
All material &copy2005-2012 to Lily Graison
Bookmark the permalink.